It all started with a jar of jam. A beautiful, urn-like, Costco-sized jug really, filled with sparkling fig jam. Fig is my favorite, next to apricot, and the best brand is Tuna’s (which Caravan stopped carrying!) I was so sad until that moment in Costco. That is, until I got home.
Because, you see, this gorgeous golden Greek jug of hope held a horrible, horrible secret that only revealed itself when you took your first bite. Vanilla. They put FUCKING VANILLA in the jam. It tasted like my father’s pipe tobacco smelled. So, great. Now I had a Costco-sized jug of inedible fig jam taking up precious refrigerator space. And it stayed there for several months while I decided what to do. Then it occurred to me: crostata di mamellata!! Of course. Found a nice nonna recipe on The YouTube. It used oil and eggs in the crust – intriguing! I tried it and took it in to the office. It was lovely, and consumed with glee. 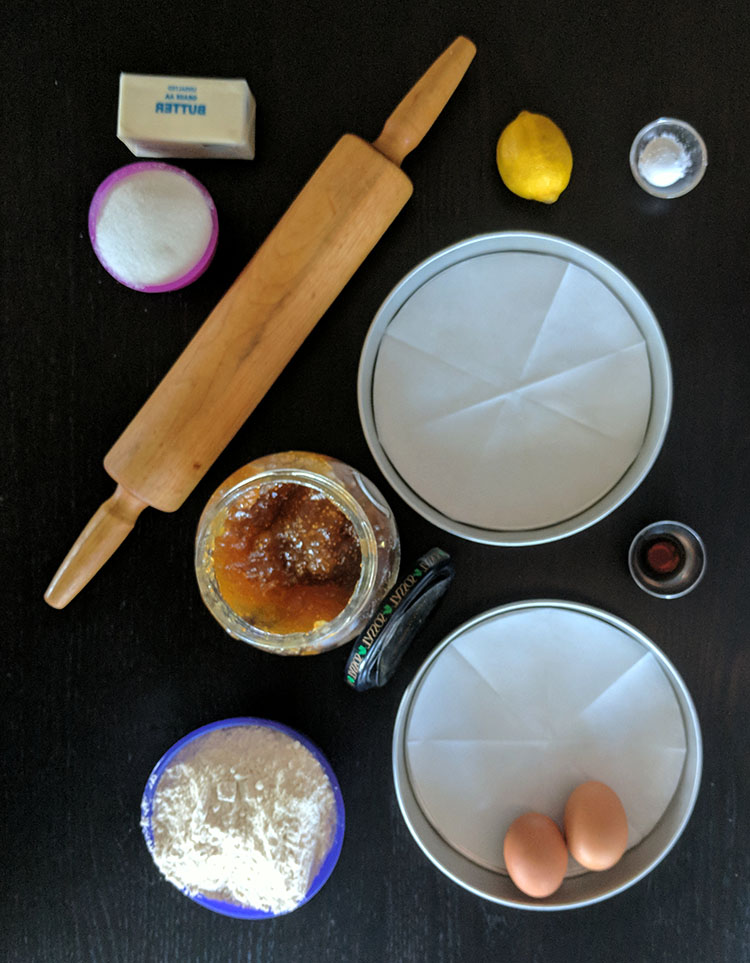 But overall the feedback was that it was too sweet – I’d made the layer of jam too thick. Everyone loved the vanilla now that it was in a tarte. I thought the crust needed a pinch of salt, and would taste better with butter than oil. General consensus was that it tasted like a giant fig newton. I’m cool with that. And realized essentially this is like those stained glass cookies you make for the winter holidays. 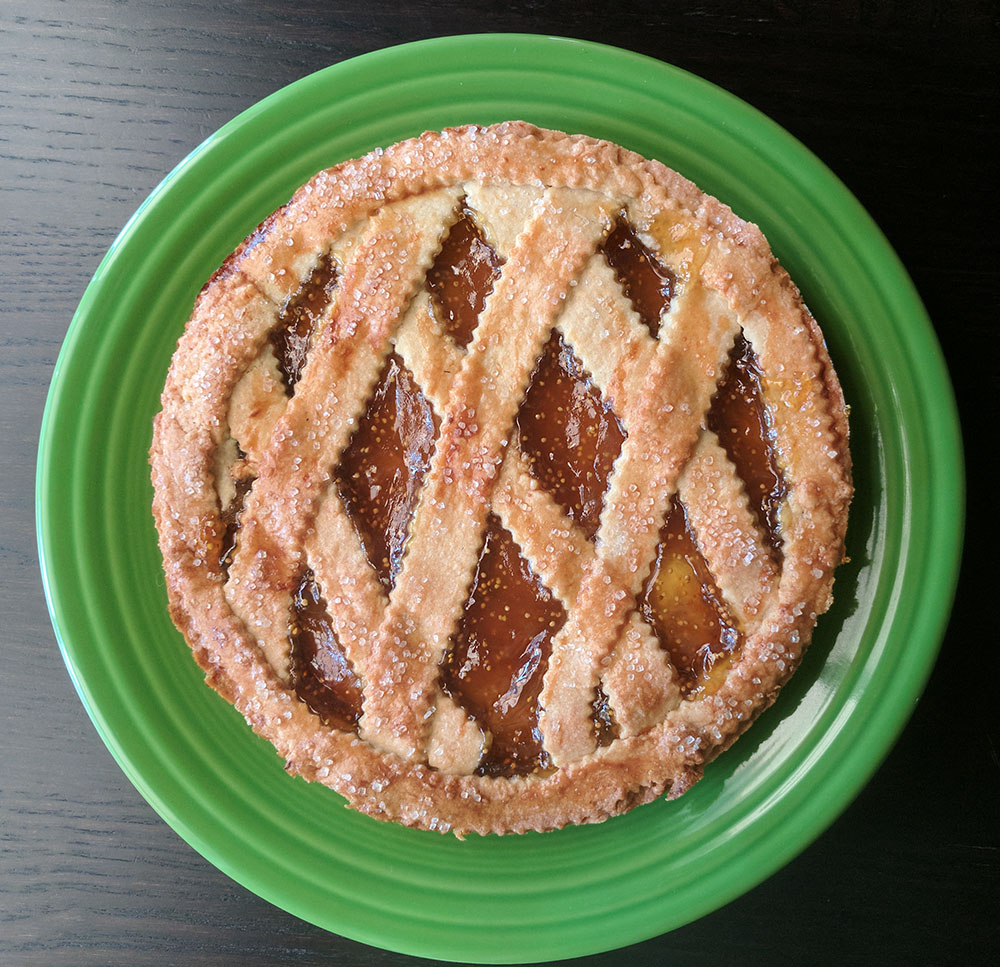 Fast forward to Saturday morning, time to try those adaptations. This time the dough mixed in the food processor, and I used melted butter instead of the oil. I thought this was a good idea. Oh, lawdee lawdee lawd. Do not ever do this. Ever. For reals. Learn from my pain. What an awful, greasy glob it made. I hoped by putting it back in the fridge for an hour, it would become useable. It was. Whew, dodged that bullet.

For the sweetness, the second batch which (THANK GAWD) finally ends that damn jar of fig jam, I stirred in the juice of one lemon. That did the trick, and balanced out the sweetness nicely. If I could do dairy, a dollop of mascarpone or plain Greek yogurt would be absolute heaven on this puppy.

The next time I make this, I will use either apricot or bosenberry jam. And I shall feast, betches!

Let’s make this – and I hope you check out the nonna video – I love the Italian technique, whether it is pasta for noodles or for pastry you beat that egg then slowly add in the flour. With your damn hand, dammit. Because centuries of practice going back to the Roman Empire cannot be wrong.

Set aside 2Tbsp. of the egg. Preheat your oven to 350*. In the bowl of your food processor, put the dry ingredients and briefly pulse to combine them. Add the butter, pulse til it looks like fine crumbs. Add the liquid, and pulse again to combine.
You will wind up with a crumbly mass. Turn it out on your floured board and gently knead a few times. Cut off 1/3 and set it aside. Roll out the larger piece to fit the bottom and sides of your pan(s). Fit it in the pan and trim the edges. Roll out the remaining dough to the same thickness (about 1/4″) in a big rectangle-ish shape and using a swirly-edged pasta cutter, slice it in to ½” wide strips. place these in the lattice style of your choice on top of the jam, and pinch them in to the dough at the edge. You’ll have many strips left. When that is done, smoosh down the dough at the sides of the pan with your finger, it should be about ¼” higher than the jam. Take the remaining strips and place them around the circumference. Gently brush all the dough with the reserved beaten egg, and sprinkle with the sparkle (or normal, or turbinado) sugar.
Bake 350* for 40m. Cool completely before slicing. Then have with your afternoon caffe with the neighbors.