Now, remember I warned you I was obsessed with finding a good recipe.  I have. This blog is amazing. 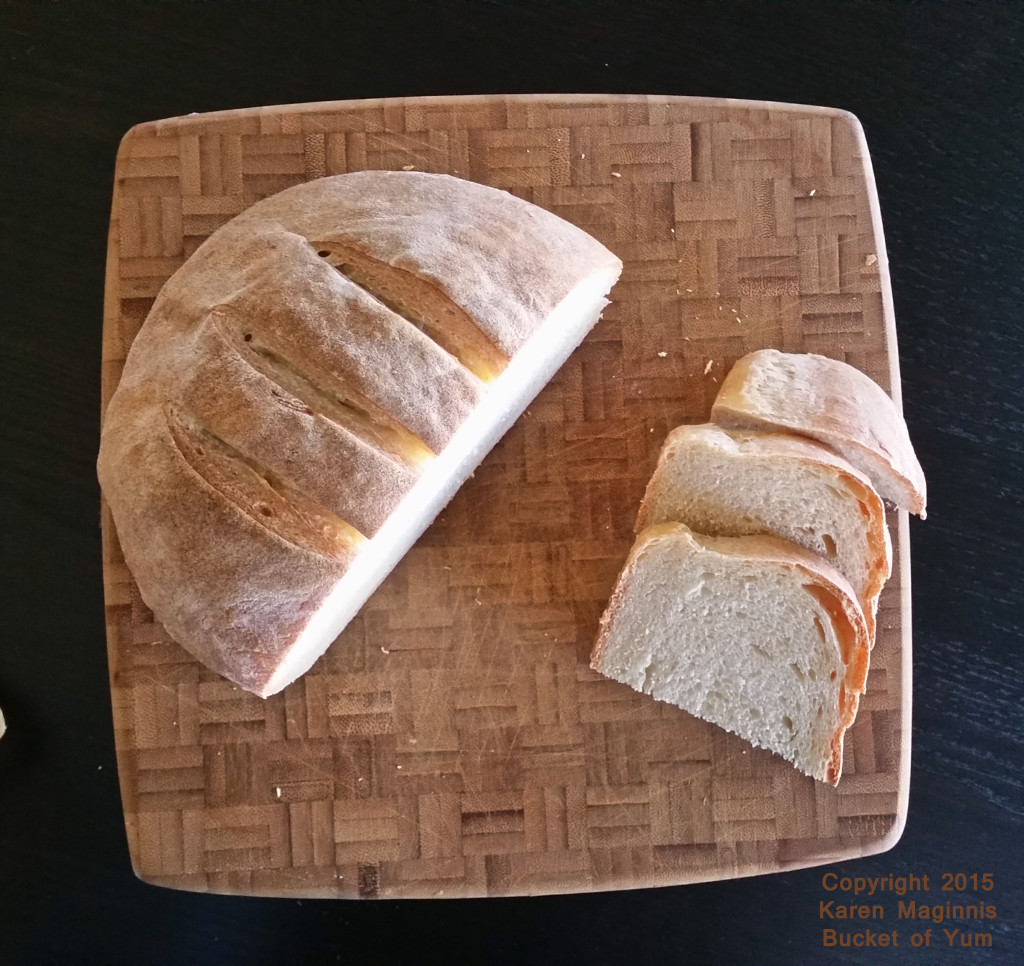 It’s a pain to read through the first time, but the recipe is actually pretty easy.  I am discovering that the secret to the kind of bread I like is something called a “pre-ferment”, and I’ve been playing with the poolish kind. 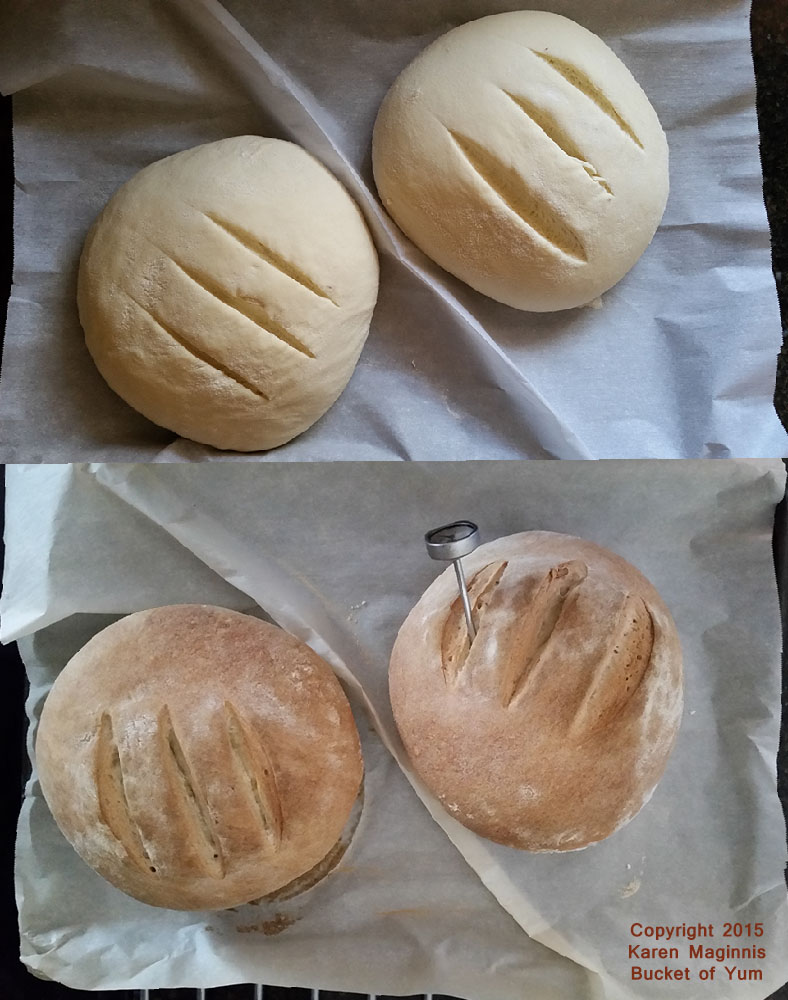 If you have a kitchen aide, this is really easy.  You just need to be home on a Saturday til about midday.

You just read the recipe, right? Now, of course I cheat. Because Karen.  I make the poolish in the bowl of the Kitchen Aide Friday afternoon when I get home from work, and cover it with wax paper and a bread towel.  When I wake up Saturday, I pop it on the mixer with the bread hook and follow the steps.  Except, when she says to pull and fold the dough, I give it a spin for thirty seconds in the bowl, and just toss the bread towel over the mixer between times.  Why? Because it’s much neater, and I don’t have to either a) leave my counter crusted in flour for four hours, or b) clean the damn thing off every 45 minutes for four hours. 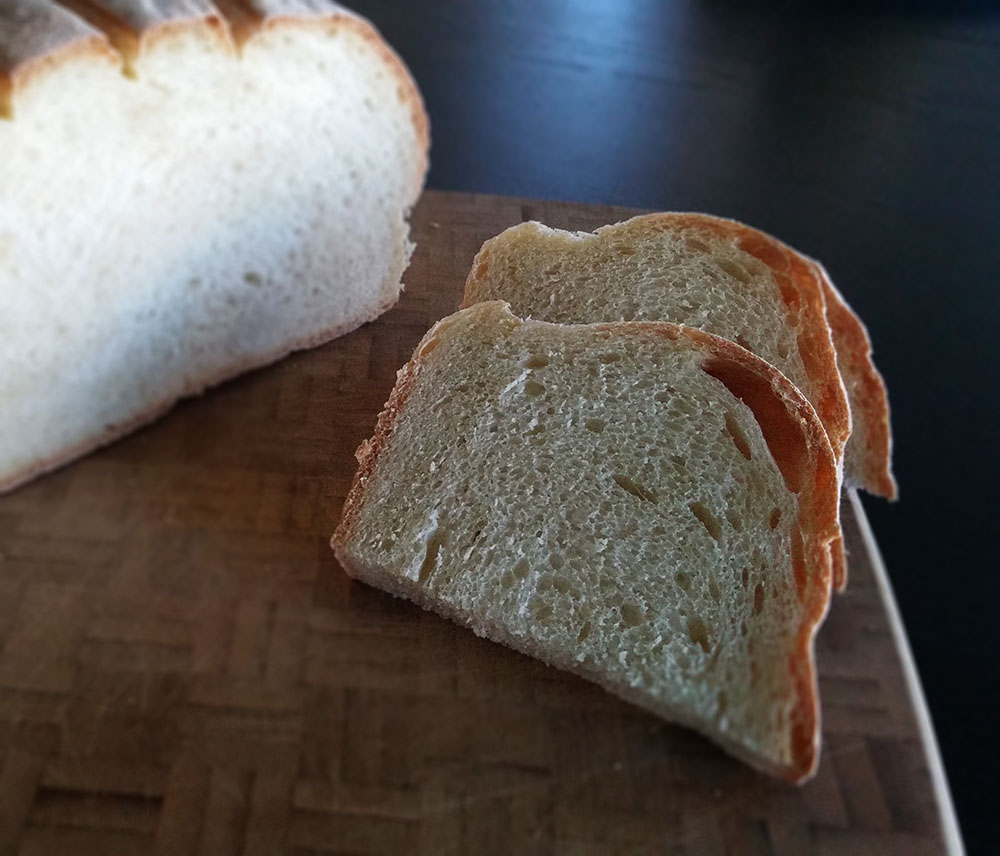 This recipe makes a nice loaf that has a firm, moist inside and nice crust. I throw the bread towel over the loaves as soon as they come out of the oven so the crust isn’t too too hard.  Give John Frum’s blog a read – he has an amazing amount of knowledge.